A stunning rebuke to various governors across the nation

In a stunning rebuke to various governors across the nation who have kneejerked their authoritarian responses to the COVID casedemic and shut schools almost universally, today's Trump administration Coronavirus Task Force briefing will come as a shocker.

Having explained in detail how vaccines will be delivered to all Americans (as opposed to the less-priveleged priority of the Biden administration), CDC Director Bob Redfield dropped a "science" tape-bomb as he explained - using the science - why America's schools should remain open!

“At no time has the CDC suggested school should be closed...

...All school should remain open. It is the safest place for children to be.”

As NY, the largest school district in the nation, is set to close on a de minimus positivity rate, Redfield exclaims that following the data shows "there has been no intra-school transmission and we must make sure not to make emotional decisions when the data strongly supports making sure schools remain open."

"It is counterproductive to close schools." 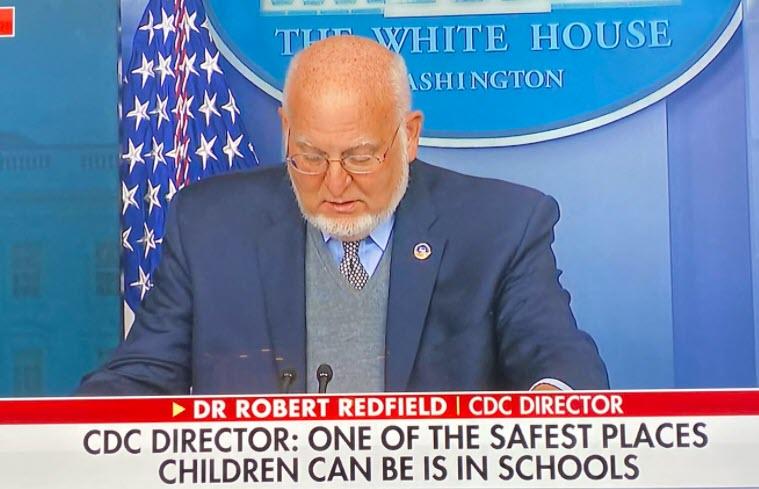 After Redfield spoke, Dr. Elinore McCance-Katz, HHS Asst. Secretary (in charge of the nation's mental health), reiterated his comments that schools must be open and that “we have tools to keep our schools open.”

The reason is simple, she explained:

“We know about the emotional distress, child abuse & neglect” that these lockdowns are causing. 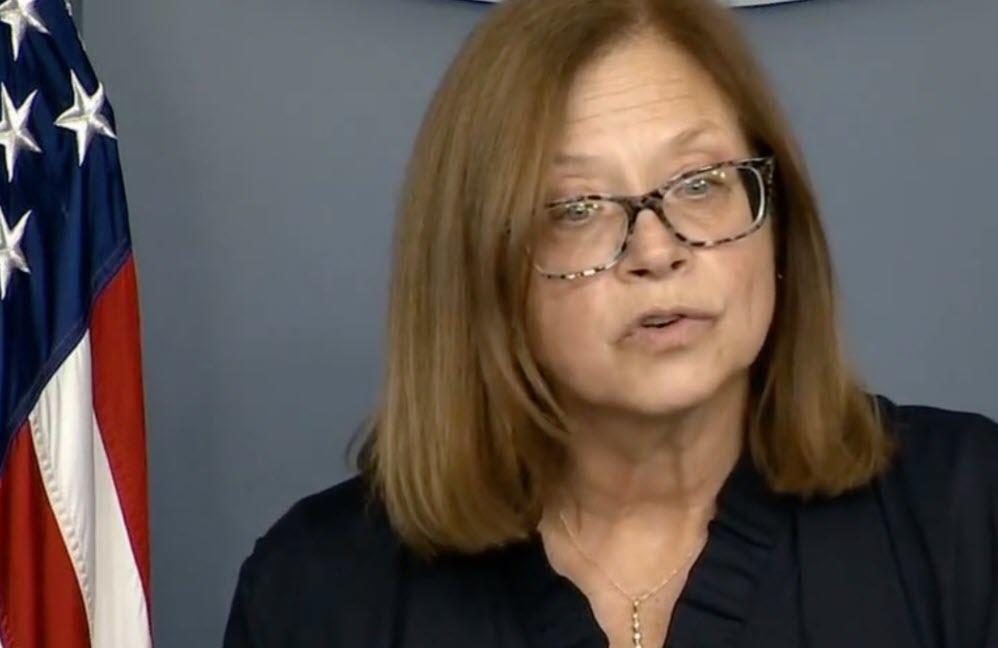 We look forward to the Left's "scientists" arguing their way out of this...After vowing to listen to the CDC 'experts', we assume now, given pressure from teacher's unions, the Biden administration will politicize science some more.

Watch the briefing here (Redfield begins around 1:43:00 in and is followed by McCance-Katz)...

OPEN THE F**KING SCHOOLS AND GET THE KIDS BACK TO THEIR FRIENDS!

And minutes after this statement from the CDC, this headline hits...

Gov. Gavin Newsom has ordered a curfew for all California counties in the purple tier. The curfew will affect 41 of the state’s 58 counties — a vast majority of the population.

The curfew, which the state is calling a “limited Stay at Home Order,” will be in effect from 10 p.m. to 5 a.m. starting Saturday.

The restrictions between those hours will be similar to the stay-at-home order that was in effect in March. That means all non-essential work, movement and gatherings will have to stop in all purple tier counties. Advertisement - story continues below

You cannot make this sh*t up! Show us the data Gavin that supports a 10pm curfew? 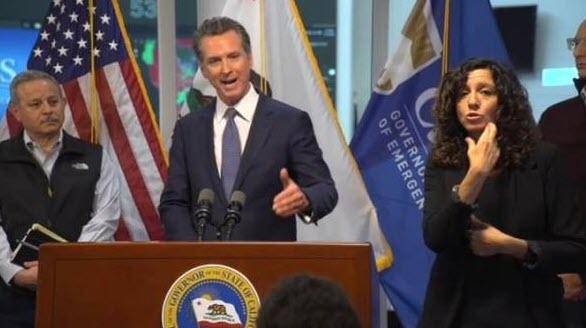 A top scientific journal lowballs the percentage of Americans who are already covering their faces.