In August, I reported here on how Montgomery County, Maryland, was seeking to shut down private schools as part of their Covid-19 strategy of abolishing all risk by abolishing all freedom. As more individuals have recently tested positive for Covid, the county government is responding with a new array of iron-fisted decrees. Some of the latest edicts make little or no sense, confirming the county’s nickname of LoCo Moco.

Gov. Larry Hogan blocked the county government’s effort to criminalize private teaching; Catholic, Jewish, and other schools have operated safely with no significant Covid outbreaks. But county schools remain shut down in large part due to the clout of the teachers union, a bulwark of political support for County Executive Marc Elrich. 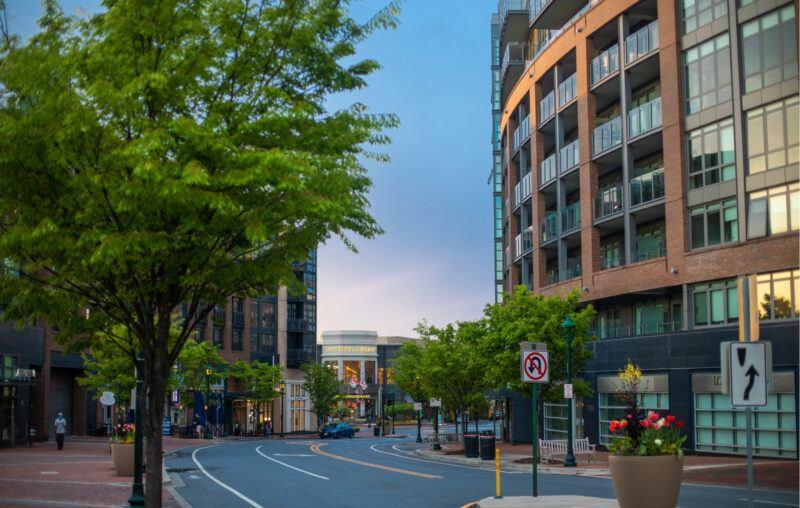 For at least 40 years, MoCo politicians and school officials have invoked “closing the achievement gap” as a sacred goal which justifies the sacrifice of as many taxpayers as necessary. But that goal is not as sacrosanct as assuring that teachers continue to collect full pay while taking zero risks and leaving the most vulnerable students far behind.

Since the county padlocked public schools earlier this year and shifted to unreliable “distance learning,” there has been a 500%+ increase in the number of black junior high students failing mathematics and a 600%+ increase in Hispanic students failing. The percentage of black elementary school students failing English increased more than 350% and the percentage of Hispanic students failing increased more than 500%. These numbers were revealed during a County Board of Education meeting on December 3; a local activist captured screenshots of the disastrous test results. Some of the data was also reported in yesterday’s Washington Post. Shutting down public schools has done more harm to black students than anything since the end of local school segregation in 1961.

Montgomery’s results are in line with reports elsewhere that show that minority students have suffered far more harm from shutdowns justified to curtail the spread of Covid. This carnage was foreseeable. An analysis by McKinsey & Company consultants last spring estimated that if schools were entirely online until January, on average “white students would lose 6 months of learning, Hispanic students 9 months, black students 10 months and low-income students more than a year during the time school buildings have closed for the pandemic.”

MoCo leaders recite their devotion to “science and data” except when the data might curb their arbitrary power. C.D.C. chief Robert Redfield testified this week, “The data clearly shows us that you can operate these schools in face-to-face learning in a safe and responsible way.” Maryland State Schools Superintendent Karen Salmon urged local schools to bring back students five weeks ago but Salmon can deliver neither vanloads of votes nor armloads of cash to County Council members. The Washington Post, in an article on the success and safety of European school reopenings, noted, “Teachers unions, which have emerged as a powerful force of opposition to school reopenings in the United States, have generally been more acquiescent in Europe, pushing for safety measures rather than closures.”

Many kids may have unnecessarily lost practically a year of their learning lives but MoCo has compensated with a maniacal devotion to mandating masks. On April 9, Montgomery County’s chief health officer Travis Gayles decreed that any store customer who failed to wear a mask would be fined $500. Gayles discouraged local residents from acquiring and wearing the most reliable protection, such as surgical masks or N95 masks, which the county said “should be reserved for health care workers.” Mandating the wearing of unreliable masks makes about as much sense as requiring everyone to wear a dunce cap with the inscription, “Save me, Big Brother!”

On August 24, the County Council “expanded” the face mask mandate to compel everyone to cover their chins as well as their mouth or nose. (N95 masks were exempt but commoners were not supposed to be using those anyway.) Neither the Council members nor health czar Gayles revealed the secret medical data on how chins could transmit Covid. The edict was poorly publicized and mostly ignored by local residents.

On November 24, Gayles issued a new mask dictate: “Coverings must be worn outdoors and whenever coming into contact with individuals who are not members of their household, such as being within six feet.” Ordering people to wear masks when they walked alone outside, walked their dog, or went to the mailbox spurred ridicule on local forums. One cynic groused: “Gayles says he follows the science. The science he follows may be from a mad scientist but it’s science.” The following day, the county issued a “clarification” specifying that masks are not required if you are “Alone in your office or vehicle.” Also exempted were kids “Under the age of 18 and are engaged in vigorous sports – as recommended by the American Academy of Pediatrics.” But the pro-exercise health guidance apparently becomes null and void on the 18th birthday.

Maryland has a hotline number to report any violators of statewide mask mandates, and MoCo is a rich soil for raising informants. Politicians and bureaucrats have fanned mass fears which have ripened into hatred of anyone who does not comply with the latest edict. I was recently walking along the C & O Canal Towpath, talking to two friends. None of us were masked.

Coming in the opposite direction was a geezer, walking slumped forward with a long white shirt, big floppy hat, and a six-foot walking stick.  He suddenly stops and points his stick at me and shouts:

“So what are you supposed to be, an Old Testament prophet?” I said. “Great – so now we got the Prophet Isaiah casting damnation on all Towpath violators.” I should have counted my blessings that he wasn’t like Coleridge’s Ancient Mariner, buttonholing people and forcing them to listen to a 45-minute poem.

Maybe I should have also felt lucky that Prophet Dude could not summon a police SWAT helicopter. Maryland has vigorously encouraged people to rat out violators and the state has no shortage of self-appointed Junior Stasi members.

County agents conducted 90 inspections of businesses on the night before Thanksgiving.

Earl Stoddard, Montgomery County’s head of emergency management, lamented to the Washington Post: “We can’t be everywhere in every store all at once.” Stoddard encouraged residents to file accusations against any business with which they had “concerns.”

Last week’s Black Friday sales were treated by government officials like a crime scene in progress. A long line of customers waited outside of a humongous Best Buy store – along with police cars from both the county and Rockville. Perhaps the police were equipped with long-distance Tasers to zap anyone not wearing a proper mask?

Trader Joe’s in Rockville, perhaps seeking favor with zealous inspectors, has imposed some of the tightest restrictions on shoppers since the pandemic began. There is usually a long line out front; shoppers are also required to form a single long line before checking out. Recently, a Hispanic lady pushed her grocery cart to bluntly cut the line. A number of black customers with their grocery carts were in line behind her, and a shouting match ensued with ethnic taunts flying thick and fast. The store manager raced to the scene to squelch the uproar. But this type of fracas never happened in that store prior to its “pandemic fixes.” This is another example of how unjustified government prohibitions are spurring pointless social conflicts.

Perhaps local residents should be grateful that Gayles or County Executive Elrich have not gone as far as the California mayor who swore that anyone not wearing a mask in public was guilty of “an act of domestic terrorism.”

Unfortunately, all the bankrupted local businesses, all the shafted young children, and the surge in cases of attempted suicide  and mental illness are irrelevant to how MoCo scores its good deeds. As long as county officials can claim that things would have been worse without its destructive edicts, they can continue pretending to have saved humanity. Perhaps Elrich and Gayles are hoping that if they inflict enough misery on MoCo, the Biden administration will appoint them to prestigious positions to help impose a national Covid lockdown.

Do you want compliance? Answer these questions.

Anti-vaxxers in the UK, US and other countries could stop the world from eradicating coronavirus, warns top US disease expert Dr Anthony Fauci