Eight thousand of 75,000 Delta Air Lines employees have tested positive for the coronavirus within the past month, CNBC reported Thursday.

“Delta reported a loss for the quarter and forecast another for the first three months of the year because of the fast-spreading omicron variant, but predicted travel would begin to rebound again in late February,” the report states. 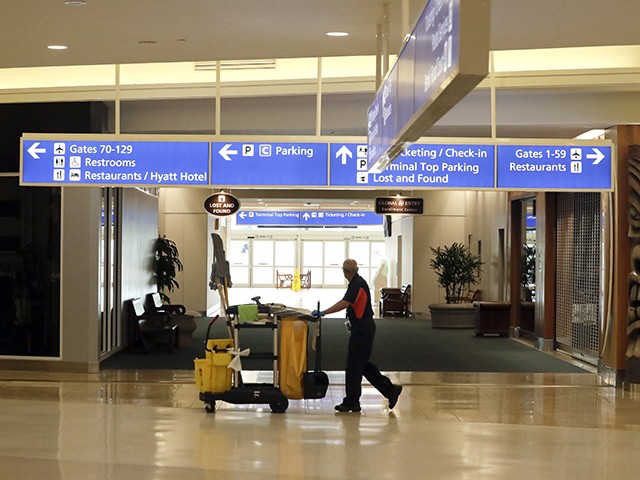 Across the industry, omicron infections and winter storms have reportedly contributed to upwards of 20,000 flight cancellations in the U.S.  between Christmas Eve and the first week of January. United Airlines also announced this week that four percent of its workforce (3,000 out of nearly 70,000) have called out sick for coronavirus.

As of Thursday, Delta has only canceled one percent of its flights in the past week, showing that cancellations have “eased significantly” since the holidays. Bastian told CNBC’s Squawk Box that sick employees have had “no significant health issues.”

According to the report, later last year, the airline changed its sick leave policy from ten days of paid leave to five days “outside of sick banks” for employees who test positive for coronavirus. They receive two more days if they still test positive for the virus on the fifth day.

“That came after the Centers for Disease Control and Prevention [CDC] updated its guidelines for Covid quarantining, halving its recommendation to five days,” CNBC reported, noting that Delta and other airlines “urged the CDC to make the change.”

Sara Nelson, the president of the Association of Flight Attendants, the largest U.S. flight attendant union, slammed Delta’s policy in a tweet, to which the airline issued a cease-and-desist letter.

“Delta is telling workers across work groups that they should come to work w/ symptoms even if someone in the household tested positive,” Nelson wrote. Workers were told to “come to work after 5 days if the fever is below 100.9, even if still testing positive.”

Bastian reportedly stood by the policy and said the change was centered around CDC guidance.