Americans may be able to travel to the EU this summer - if they are fully vaccinated against Covid-19.

European Commission President Ursula von der Leyen told the New York Times this should be possible as both sides have approved the same jabs.

However, she gave no exact timetable and said it would depend on the "epidemiological situation".

European nations have restricted non-essential travel from the US for more than a year.

The EU toughened its recommendations on foreign visitors in January - but each member state must put the measures in place. Greece, for example, has already said Americans with proof of negative tests can enter.

The UK, which is now outside of the EU, is introducing a traffic light system on 17 May that will set out its travel restrictions on countries around the world. Which countries get which traffic light is yet to be finalised.

The US still bans leisure travel from the EU and UK. There have been some suggestions it could reciprocate in lifting restrictions, but nothing has been announced.

Its current advice to Americans is to avoid 80% of countries worldwide because of the coronavirus pandemic.

Vaccination programmes are proceeding swiftly in the US and UK, and the EU's target for the summer remains "a minimum of 70% of the entire adult population" receiving at least one dose.

The US is on target for 70% of adults by the middle of June. The UK total is already at 65% for at least one dose.

Ms von der Leyen told the New York Times: "The Americans, as far as I can see, use European Medicines Agency-approved vaccines.

"This will enable free movement and the travel to the European Union."

Moderna, Pfizer-BioNTech and Johnson & Johnson doses have all been approved in the US and EU.

The EU is also devising a digital vaccine certificate, but there are questions about uniformity as some nations are planning their own versions.

Some countries are heavily reliant on tourism and are desperate for a return of visitors. 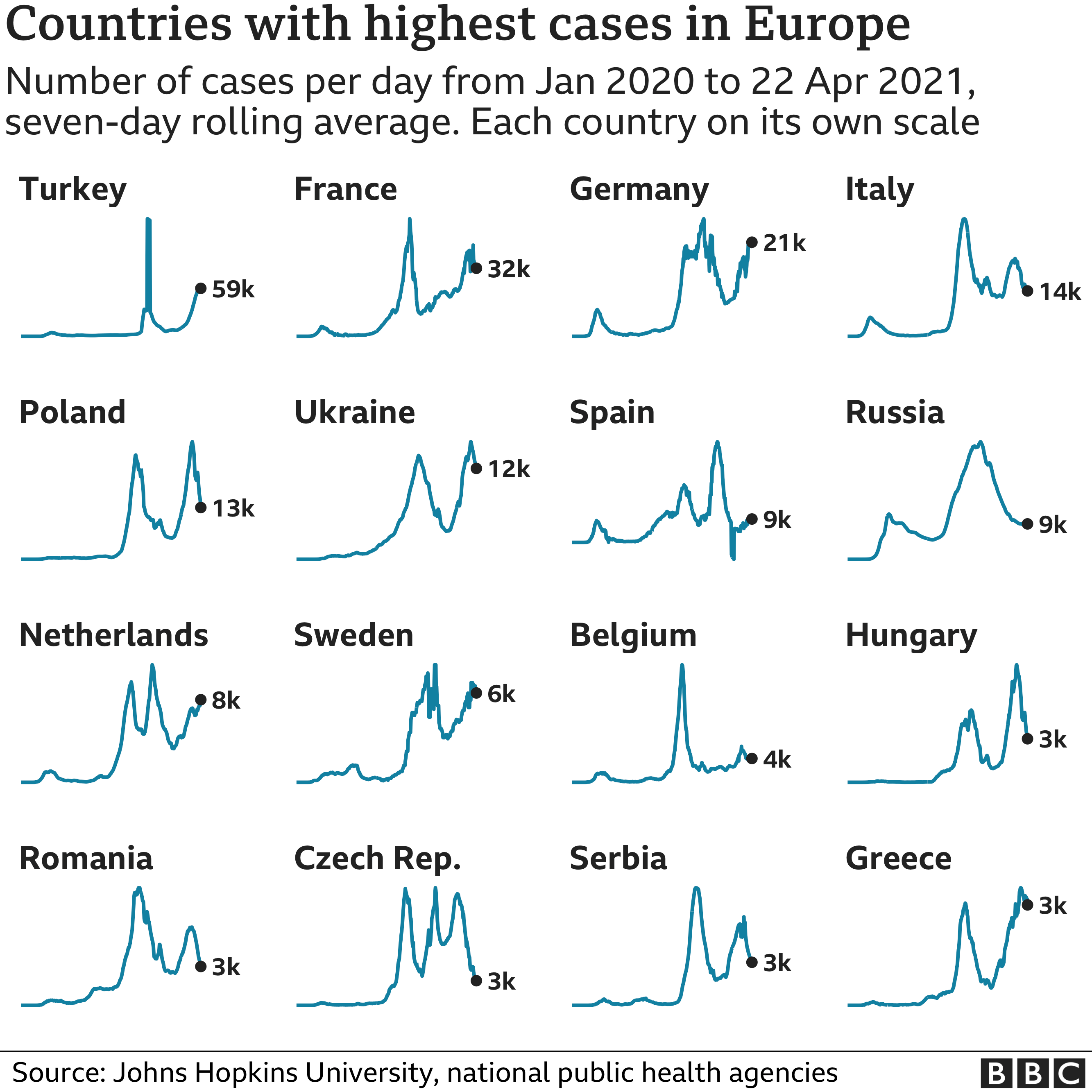 There has been some easing of restrictions this week. Italy is allowing restaurants and bars in much of the country to serve customers outside and some cinemas and concert halls are also reopening.

In France, children are returning to nurseries and primary schools, while in Belgium hairdressers and some other shops are reopening.

But Covid-19 concerns are still affecting travel plans. On Monday the mayor of the Spanish city of Pamplona announced the annual Sanfermín fiesta in July - with its famous running of the bulls - would be cancelled for a second straight year.

EU hints at summer return for US travellers