Australia's brief lockdown of Melbourne and the surrounding Victoria state ended three weeks ago, but now a new outbreak has emerged in Sydney, inspiring the Australian government to impose a new lockdown covering the remote island country's most populous city.

In other news, restrictions in Australia's Northern Territory will be extended by 3 days - through the middle of this week - after another new case of was discovered in Darwin, the capital city of the territory. The lockdown restrictions also apply to Palmerston and Litchfield.

As with other outbreaks, Australian authorities have confirmed that the Delta variant is responsible for most of the new cases, which are rapidly nearing 100, while cases of the Delta variant in the country have now reached triple digits. According to the latest report from the government of New South Wales, the state where Sydney is situated, there are at least 130 "active local cases" in the Australian state, as of 2000 local time Sunday, June 27.

The website notes: "Active cases are defined as people who have tested positive for COVID-19, are in isolation and are being clinically monitored by NSW Health. A person will no longer be an active case when they are clinically released from isolation." 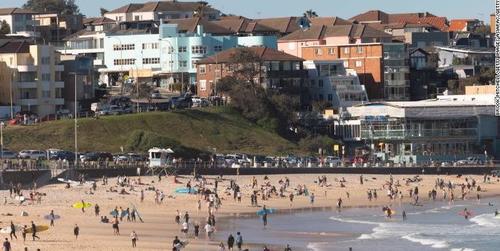 The NSW government website orders everyone in the Greater Sydney area to "stay home unless you have a reasonable excuse," as outlined at the website. These restrictions will be in place for at least two weeks.

"From 6pm [local time] on Saturday 26 June 2021, if you have been in Greater Sydney, including the Blue Mountains, Central Coast, Wollongong and Shellharbour for any reason since Monday 21 June 2021, you must follow the stay-at-home rules and must continue to follow them for 14 days after you were last in Greater Sydney."

The latest lockdown has frustrated many of the residents of New South Wales. According to a report from CNN, local small business owners are starting to openly criticize the country's pandemic strategy. The latest outbreak began in Sydney's Bondi neighborhood, according to investigators, and cases have now been discovered throughout the city and surrounding area. Once again, the virus managed to sneak in despite Australia's nominally "closed" borders, and travel restrictions that have been tightened specifically to try and stop the Delta variant from taking hold.

"Dear Customers, We will be closed for the foreseeable future because Scott Morrison is a useless dickhead who only ordered enough vaccine to vaccinate 4% of the population 18 months into a pandemic," reads the sign, shared on Twitter, in reference to the Australian Prime Minister.

Sydney and much of the surrounding area officially entered the lockdown over the weekend. The lockdown - which isn't the city's first - will last for at least two weeks.

Australia has seen far fewer overall cases than many of its anglophone peers (like the US and UK). Authorities have repeatedly imposed draconian lockdowns after discovering just a handful of cases, a tactic that has succeeded in snuffing out local outbreaks. However, like many other countries have found, eliminating COVID entirely is extremely difficult, if not impossible. In total, Australia has only recorded 910 deaths in its population of 25MM, one of the lowest per capita death tolls in the developed world, and cases have remained low as well.

Many restaurants in the area are now struggling with the "dilemma" of either shutting down entirely, or converting once again to takeaway only business. The two week lockdown could spur another round of layoffs for workers who have only recently returned to work. Every week of lockdown represents $228MM in lost revenue for the hospitality industry across Greater Sydney, according to Restaurant & Catering chief executive Wes Lambert.