The carnage of deaths to unborn babies following COVID-19 shots into pregnant women just gets worse the more we investigate it.

While we reported on Saturday that the latest data dump into the government’s Vaccine Adverse Event Reporting System (VAERS) showed 2,620 fetal deaths, which are more fetal deaths than are reported following ALL vaccines for the past 30 years in VAERS, one “symptom” that is tracked in VAERS that I did not account for, is an ectopic pregnancy which also results in a fetal death.

Ectopic pregnancy, also called extrauterine pregnancy, is when a fertilized egg grows outside a woman’s uterus, somewhere else in their belly. It can cause life-threatening bleeding and needs medical care right away.

In more than 90% of cases, the egg implants in a fallopian tube. This is called a tubal pregnancy.

Because a fertilized egg can’t survive outside a uterus, your doctor will need to take it out so you don’t have serious health problems. They’ll use one of two methods: medication or surgery. (Source.)

Next, I performed the exact same search but excluded COVID-19 “vaccines” and it returned a result of 30 cases where a pregnant mother received an FDA-approved vaccine and then reported an ectopic pregnancy following ALL vaccines for the past 30+ years, which is about 1 per year. (Source.)

And if I and anyone else with Internet access can perform these searches in the government-owned data in VAERS, you can be certain that the FDA and CDC can too, and that they are aware of these risks.

This is criminal. This is nothing more than barbaric forced sterilization, which was once legal in the U.S., but was later outlawed as part of the eugenics movement that valued certain human beings over others, and is part of Nazism.

We are seeing many examples of these fetal deaths being reported, and we have published a lot of those, but here are some more as these reports continue to flood in.

Recently two medical doctors and some protesters in Canada gathered at Lions Gate Hospital in North Vancouver, as they asked the Royal Canadian Mounted Police to press charges against health officials in British Columbia after it was reported that there were 13 stillborn deaths within 24 hours.

Breaking-news.ca has a video of this protest here.

Rally with Dr. Mel Bruchet and Dr. Daniel Nagase. They spoke to the RCMP and then headed over to the emergency entrance. The Doctor will appreciate our support in standing with him to raise the awareness of the dangers of this experimental injection.

On average they would see 1 stillborn death a month. 3 dulas have reported that there were 13 stillborn deaths in a 24 hour period of women who had taken the experimental injection. The media is not reporting this. Big pharma looks after the media and the media is silent. (Source.)

Last night, November 21, 2021 a woman posted on Social Media that her daughter who was 8.5 months pregnant and took a COVID-19 shot one month ago had her grandson stillborn at a Vancouver hospital. 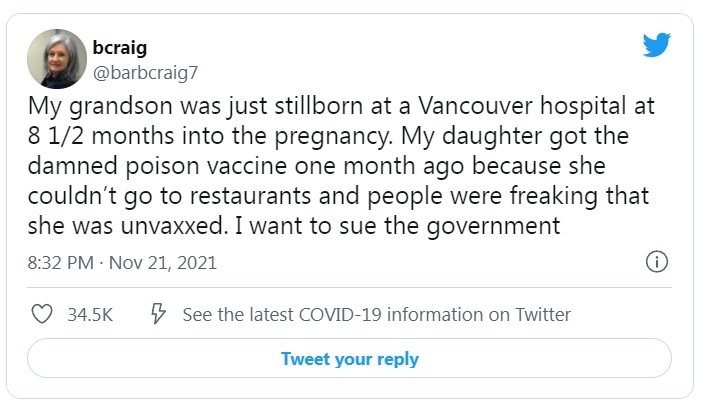 Another woman on Social Media who had already received two COVID-19 shots, mocked “anti-vaxxers,” but then went and got her “booster shot” while pregnant, and soon after had a miscarriage. 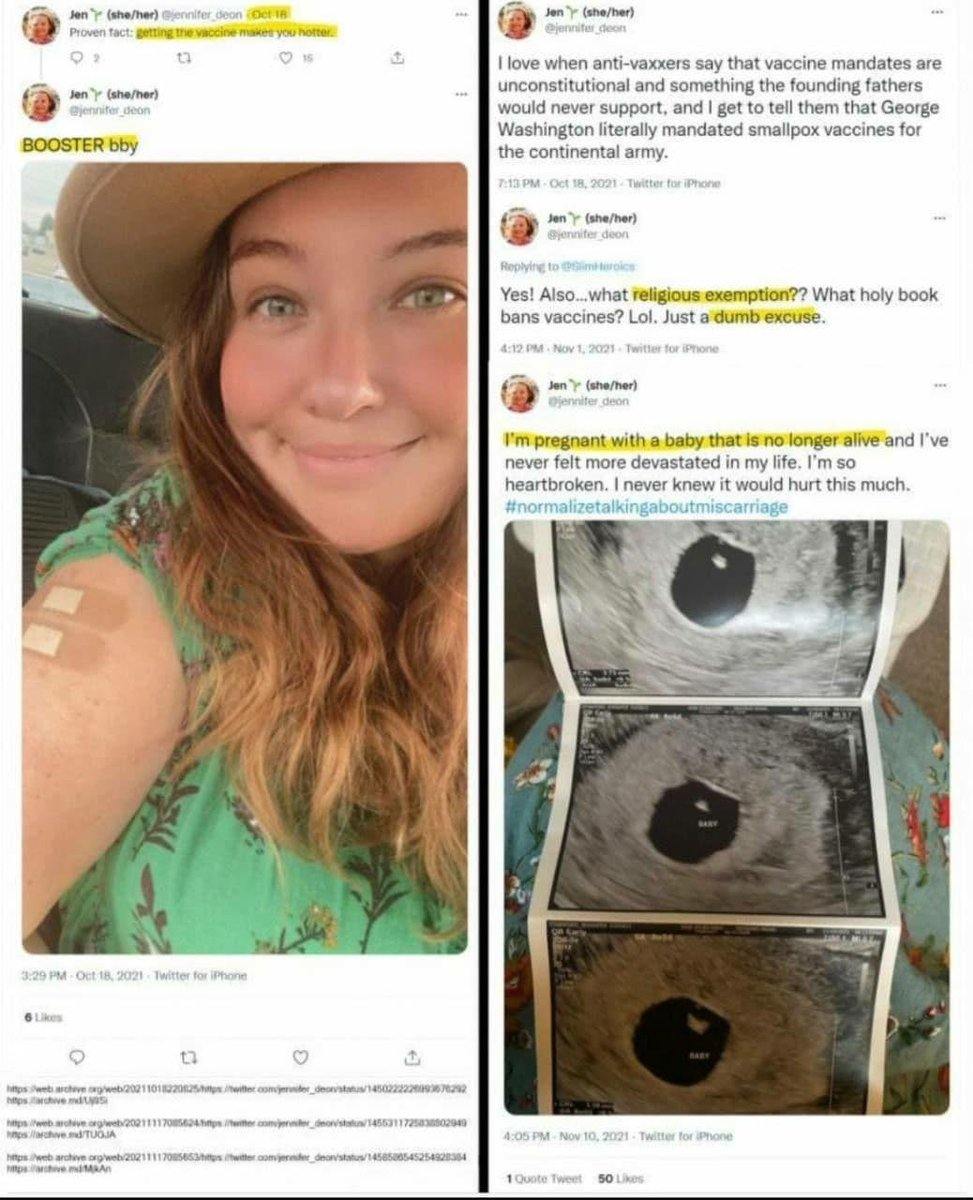 Here is a post from Social Media from someone in Australia who creates “Angel Babies” for families who have stillborn babies, and the recent increase in their business. 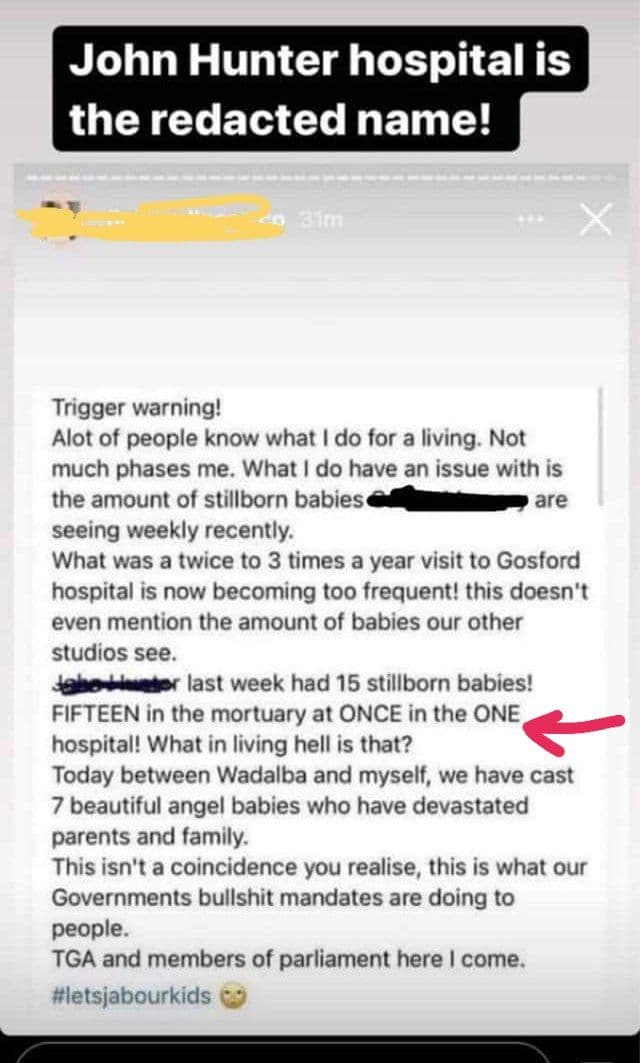 Here is a Funeral Director whistleblower in the UK explaining the increase in dead newborn babies they are now seeing. This is on our Bitchute channel.

Here is a video report we made last month with some very unfortunate gruesome examples of what these shots are doing to unborn babies.